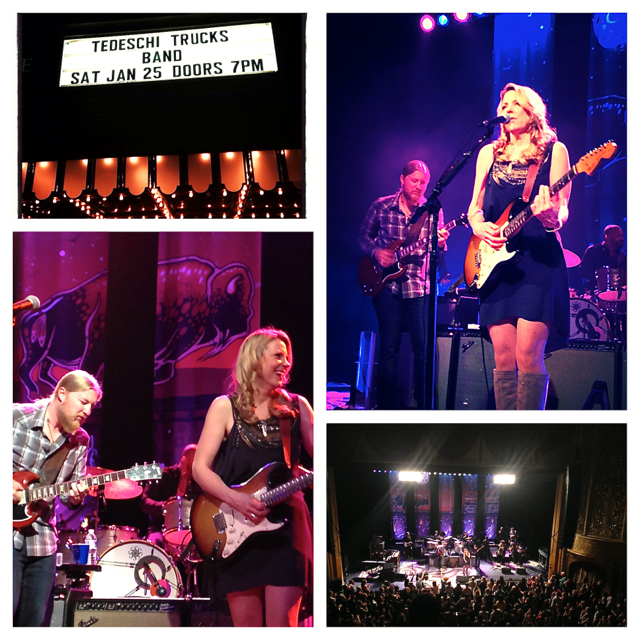 Reviewer: Lee in Maryland - favoritefavoritefavoritefavoritefavorite - January 27, 2014
Subject: The Best Thing Yet about 2014...
First of all GOD BLESS YOU ALEX LEARY FOR RECORDING THIS SHOW! I was there last night at this show on the last night of the current US tour at the Warner Theater in DC. So here's what I have to say about that - when's the last time you were at a show in a elegant, staid old theater where almost the entire crowd was on their feet throughout the whole show (except for a few of the quiet numbers) dancing in their seats and in the aisles (poor ushers, they tried valiantly to get people out of the aisles to little avail) with their hands held high and blissful smiles on their faces? Seems to me that their combined band has really found their balance - yes, Susan is a blues belter but she's learned restraint and finesse; yes Derek can make his guitar scream but he did it at all the right times and in the best possible places. Every single musician on that stage was obviously having an absolutely great time, the entire band feeding off each other and trading licks, turning the mike over to Mike Mattison (DTB lead singer) for a few songs and even inviting local sax hero Ron Holloway (of Takoma Park, MD) on stage during the encore for a roof-raising version of Space Captain. Two drummers, keyboards, bass, 3 horn players, 2 backup singers, plus Derek and Susan - 11 musicians in all. They have a wonderful thing going, now heading India to play the Mahindra blues festival - sure as hell wish I could be there!